Are you sure you want to logout?

Apple Washington Imported (Pack of 4) is the healthiest fruit with high nutritive value. It is the most consumed and grown or cultivated fruit in the world due to its high nutritional content

Apples belong to the Rosaceae family.

This fruit is low in calories and often features on the list of weight watchers and fitness lovers. Although eaten raw, it is also a part of several recipes due to its unique flavour.

Cooking Steps: Firstly, preheat the oven and coat the baking pan with cooking oil. Cut the apples in half and scoop out the flesh of the apples, leaving a thin shell. Now remove the core and place the apples in the pan. Chop the scooped flesh and add 2 tsp brown sugar, vanilla extract, cinnamon, flour, oats, pecans, and salt. Add 1/4 topping on each apple and bake again until it gets browned and let it get cool before you serve.


Ingredients: 1 apple, water as required, a handful of raisins and almonds, cinnamon and milk

Cooking Steps: Firstly, steam the apple for about ten minutes and peel it off once it gets cool down. Add milk and apple pieces in a bowl and mix it well. Peel the almond and mash the raisins to make a purée with a pinch of cinnamon. Now add the whole mixture to the blender until it gets smooth. You can also add honey to give it a sweeter taste.

Capsicum Red Yellow Mix (one each) 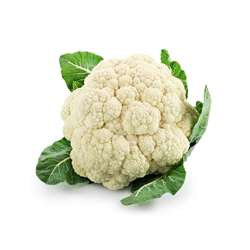 Are you sure you want to remove?